At last, the anticipated hike manifested in the recent report that breaks the Brexitstreak. Freddie Mac’s latest data charted a significant increase for the 30-year fixed rate mortgage from last week’s 3.44 percent average to this week’s 3.5 percent. A jump that snapped the post-Brexit 11-week trend.

The 30-year FRM increase is complemented by the corresponding rise in the 10-year Treasury level, also the highest since Brexit. It rose 18 basis points to its new 1.73 percent high.

For the week ending September 15, 30-year FRM made a palpable increase, but still lower than the year over year comparison of 3.91 percent from 2015.

On the other hand, the 15-year fixed-rate mortgage also increased slightly, concluding with a 2.77 percent average compared to last week’s 2.76 percent. During the same time last year, the median reached 3.11 percent.

The same slight increase was seen for the 5-year Treasury-indexed hybrid adjustable rate mortgage. Last week, it ended at 2.81 percent and concluded at 2.82 percent in the latest survey.

On the previous week preceding the Brexit-breaking increase, a sell-off in the US bond market already affected a noticeable spike in interest rates, starting a round of skepticism over the stability of the market.

A new data from the US Census Bureau also shows a significant household income increase, the first in eight years. This and the last week’s events are prompting analysts to pore over the possibility of a September rate hike.

The previous week’s rumors may have sent some buyers locking in on rates before the anticipated becomes real. For those who haven’t, these following weeks’ data might be motivation enough to.

If you feel that the time is ripe, get professional opinion. Talk to a lendertoday to be guided in the process of getting a mortgage. 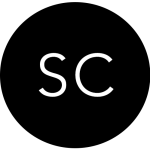