How Does the Federal Funds Rate Affect Interest Rates? Contrary to popular belief, the Fed does not control your mortgage interest rates. They control the federal funds rate, which is indirectly related to interest rates. The funds rate is the rate the banks charge each other when borrowing funds from one another. This rate can fluctuate throughout the year. The Fed directly controls this rate in an effort to control the economy. When the economy is sluggish, the Fed may lower the rate and when the economy is good, the rate may increase.

What The Fed Does

The federal funds rate is determined during a Federal Open Committee Meeting. This Federal Reserve committee meets throughout the year to determine how they can help the economy. This is especially important during times of recession or depression. If the economy needs some stimulating, the Fed can step in and make it happen.

How Interest Rates are Affected

In reality, the Fed does not have any impact on mortgage rates. However, when word gets out of a Fed meeting, many people panic and make rash decisions regarding their mortgages. Some people refinance in an effort to lock in a low interest rate for fear of increasing rates. Others purchase a home quickly, assuming they will not be able to once the Fed meets and rates increase. This is not always the case, though. What does happen that usually affects mortgage rates is the Fed sends out a press release after their meeting. This announcement is complete, Wall Street usually reactions, which directly affects mortgage rates. In general, if the message was positive, Wall Street reacts positively and mortgage rates increase. If the message is rather glum, Wall Street reacts negatively and mortgage rates fall.

Listen to the Fed’s Message

While the Fed does not directly impact mortgage rates, they do offer guidance for even nonprofessionals to determine what to do. If the Fed says that inflation is on the rise, watch out for rising mortgage interest rates. Basically, the more things start to cost, the higher interest rates tend to go. This is a good indication that you need to lock your interest rates in before they rise.

When Do the Feds Meet?

Generally, the Fed meets eight times per year. They may issue an emergency meeting is they feel they need to step in sooner. In 2016, they met in January, March, April, June, July, September, November, and December. The last meeting they just had may signify that interest rates may be on the rise. They offered mixed feelings regarding the economy, which may make interest rates a bit abnormal for a while.

The best way to look at how the Federal Funds Rate affects mortgage rates is to look at supply and demand. If the Fed suddenly makes it more expensive for banks to borrow money, they are going to pass that expense along to consumers. This could mean higher interest rates. This happens because banks don’t have easy access to funds any longer, so they have to be choosy about who they lend money to until rates decrease again. This domino effect goes the other way as well and changes periodically throughout the year or as many times as the Fed changes the rate at which banks borrow money. You should not directly rely on the Federal Funds Rate to determine mortgage interest rates, but you can use it as a guide regarding what rates may do. Don’t let it force you to make rash decisions, but do make sure you pay attention so you know what to expect. If you were in the market for a home and you hear rates may increase, it may be a good time to speed up the process, but don’t buy something you may regret later. Your house purchase is a very large investment, enter it with care. If you miss the boat on low rates, you can always wait until they come back down to try again. 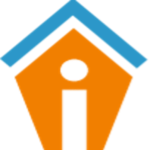 Mortgage.info is your information portal for all things home, mortgage, and refinancing.

Mortgage.info is your information portal for all things home, mortgage, and refinancing.